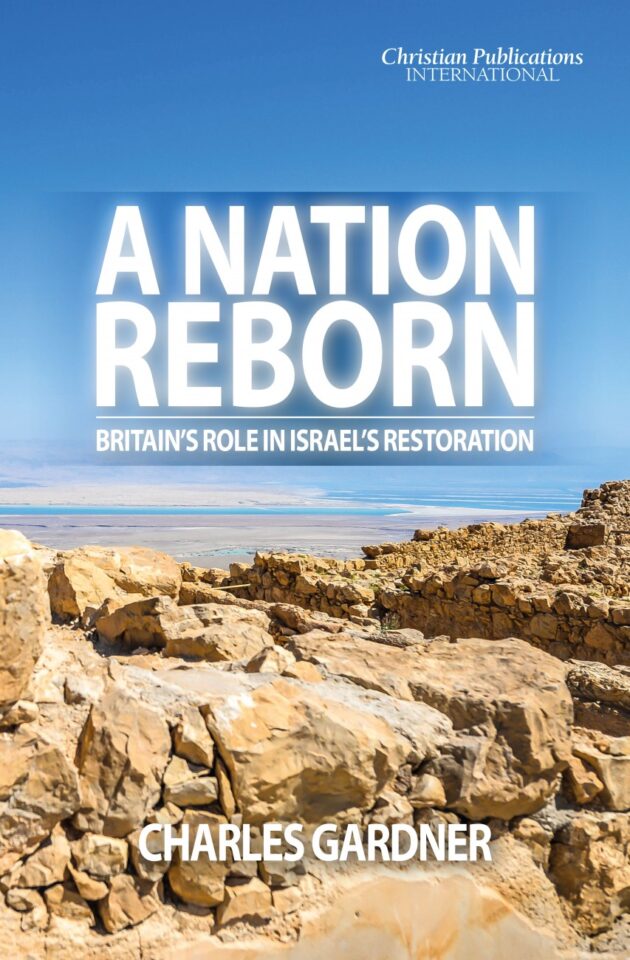 Charles Gardner reports:
As Israel celebrates the 70th anniversary of her re-birth in 1948, I have personally added my own contribution to their joy with a new book.

A Nation Reborn: Britain’s role in Israel’s restoration is published by Christian Publications International (also available from Amazon) and is an attempt to bring clarity and truth to the hot potato that is Middle East politics.

As a journalist of more than 40 years who was conceived in Cape Town just months after the Jewish state was born, I have witnessed the miracle or modern Israel on three memorable visits within the last five years.

And in my semi-retirement from newspaper journalism, I am privileged to volunteer for the Church’s Ministry among Jewish people, who have been working towards the spiritual restoration of Israel for over 200 years.

One of our great callings as Gentile Christians is to bring comfort to God’s chosen people, who have experienced so much suffering at the hands of those who hate them, just as Jesus, the Jewish Messiah, was despised and rejected of men.

Yet out of the ashes of the Holocaust – a valley of dry bones – rose a new nation reflecting something of the resurrection power of Christ. Surviving a series of wars against overwhelming odds to emerge as a world leader in hi-tech innovation and much else besides has been nothing short of miraculous.

Another miracle is surely the way God has been able to use me as a “skilful writer” (Psalm 45.1) despite loathing essays at school, getting caned for not reading my holiday set book and struggling with the subject of English generally – though I did have a poem published in The Andrean.

Get your copy of the book here.