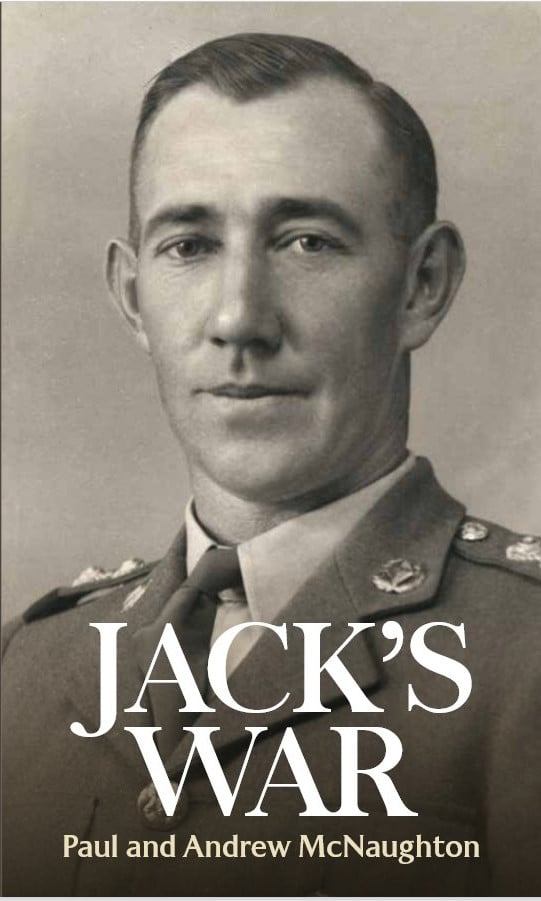 Paul (Armstrong 1968) and Andrew McNaughton (Armstrong 1955) have written a book called JACK’S WAR on their father and the 6th South African Armoured Division in Italy during World War II.

This is the story of a young sheep farmer from the Karoo, who commanded a Vickers machine gun platoon in the 6th South African Armoured Division in Italy in 1944. The division was the spearhead of the brutal and protracted Allied campaign up the mountainous spine of Italy, climaxing in the decisive battle of Monte Salvaro. In the aftermath of the battle Jack fell gravely ill and was saved by an Italian woman who nursed him back to health.

It’s also the story of those who waited for Jack back home: his wife, Elise, who fought to keep the farm going on her own while bringing up three small boys, amid whispers of sabotage by local German sympathisers and of the discovery of a Nazi spy ring in nearby sleepy Graaff-Reinet.

76 years later, Jack’s sons set out to find the Italian woman’s descendants, discovering that the 6th South African is still remembered and celebrated in Italy for the sacrifices it made in
the liberation of Italy.

The book is available from McNaughton’s Bookshop and will also be available at Kenton News Agency.