A very warm welcome to the official webpage for the Mullins House Centenary celebrations!

Throughout the course of the Mullins House Centenary year this webpage will be used to share history, stories, photographs and memories of the House. We will also be posting updates about the various events that are being held at College to celebrate this exciting milestone in the life of Mullins House. We hope you will visit the webpage regularly as we look back on the 100 years since Mullins House was opened.

If you have any Mullins House photos, videos or stories to share, please send it to us at foundation@sacschool.com

We would love to reminisce with you and share in your Mullins House memories.

“I arrived at Mullins in January 1950.  Times were very different from today.  College, by law, was not sanctioned to be a multiracial institution.  I had gone to Prep school in Natal and at the hour of arrival I did not know a single boy at College, let alone in Mullins. This changed very quickly as I was immediately absorbed into a routine of chapel, classes, cadets and sporting activities of many types.

It was always special to be a member of Mullins.  We were a small minority, who lived down the hill from the rest of the student body.  We thought or rather knew immediately that this was something different.  We had our own tennis and fives court.  At that time, we had an in-house dining room.   On two sides we had vast playing fields.  After supper in the cricket term the whole house would turnout for fielding practice in the time between supper and prep.

We were, and are probably still,  the fittest boys at College because we walked the round trip between Mullins and the rest of the school at least 3 times a day.  In this Fitbit era this would be the equivalent to over 8000 steps a day before adding in the exercise resulting from being required to play a sport at least 5 times a week.

In the annual inter house cross country race from the Grahamstown Golf Club to Lower the whole house was expected to turnout.  In boxing we had at least one boy compete in every weight division.   We excelled in the minor sports because of the house spirit engendered by wide participation.  We held our own in the major ones.  Today boxing is probably not an option though karate or judo probably are?

One of the main concerns in any boy’s life is food and we were no exception. Despite the fact that no one goes to boarding school for the food, we at Mullins believed, because we had our own kitchen and dining room, that our food was superior to that served up the hill.  It probably was.  Two things I recall.  One was that all senior boys learnt to carve. For Sunday lunches there was usually a roast of some type.  A senior boy at the end of each table was presented with a large platter loaded with uncarved meat be it beef, pork, lamb or chicken.  He had to carve while making sure everyone got a fair helping.  This was pressure in the extreme as the inexperienced carver was watched like a hawk by the expectant table to ensure that justice was done.

My other food recollection was an annual one.  One term coincided with pineapple season in the Eastern Cape.  We believed that the school purchased pineapples wholesale for a “tickey” each (two and a half pennies/very little).  Then for 12 weeks/the term we would get pineapple three times a day; sliced pineapple for breakfast, stewed pineapple for lunch and for supper a whole pineapple with its head cut off.  On Sundays as a treat we got pineapple fritters.   To this day I cannot eat pineapple and as I type this note I feel my mouth growing dry and the acid accumulating in my system.

I am sure everyone who has attended College had housemasters that they remembered.  I was fortunate to have come under the guidance of two exceptional men Ashley Brooker and Rex Woods.  While they both maintained strict discipline in the house, which was imperative when you had responsibility for 70 teenage boys at the most formative age of their lives, they were humane, knew each boy individually and his strengths and weaknesses.  They built one’s confidence on the former and helped one recognize and the deal with the latter.  They both had exceptional wives, who also knew every boy and reminded one of why one missed one’s parents.

For me, for nine months a year for six years, Mullins was family with all its warts.  I feel fortunate to have been part of Mullins for those years’.

Have a look at the brochure below for some wonderful Mullins 100 Memorabilia available to order!
Please ensure your orders are in by 25 June 2021.

One of the most remarkable facts about the magazines was that the Committee and Editors elected to write and publish the magazines consisted entirely of senior Mullins House boys, meaning that there was minimal input from College staff in the production of these fascinating records.

An e-book containing interesting and amusing extracts from some of the magazines can be browsed here: 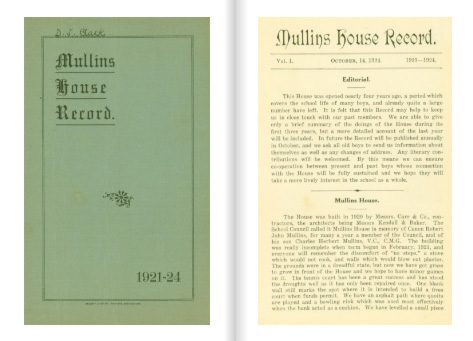 The flag raising ceremony and dinner

The flag raising ceremony and dinner 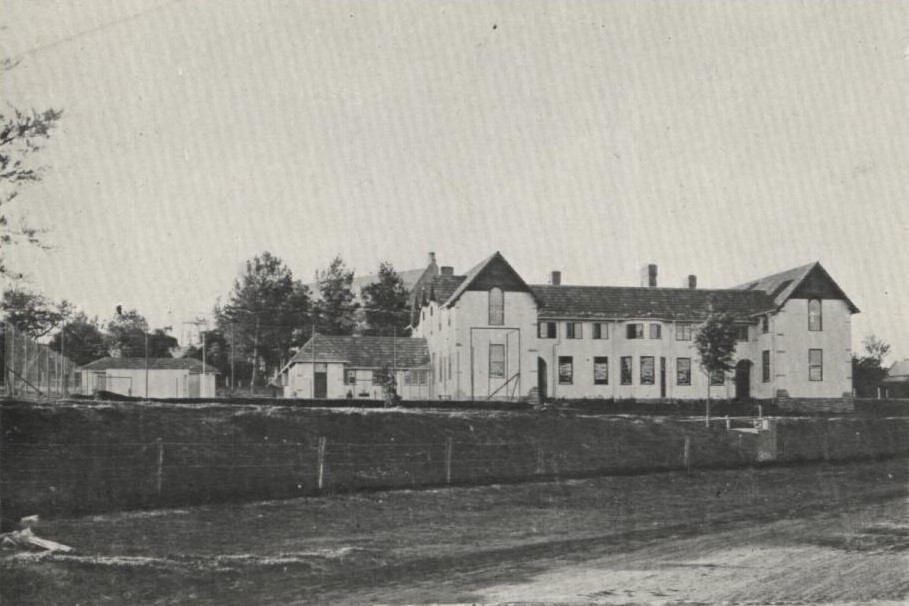 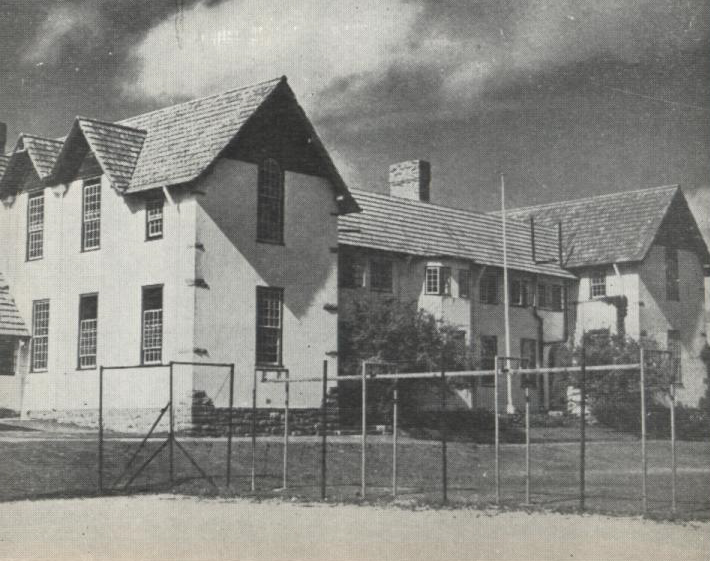 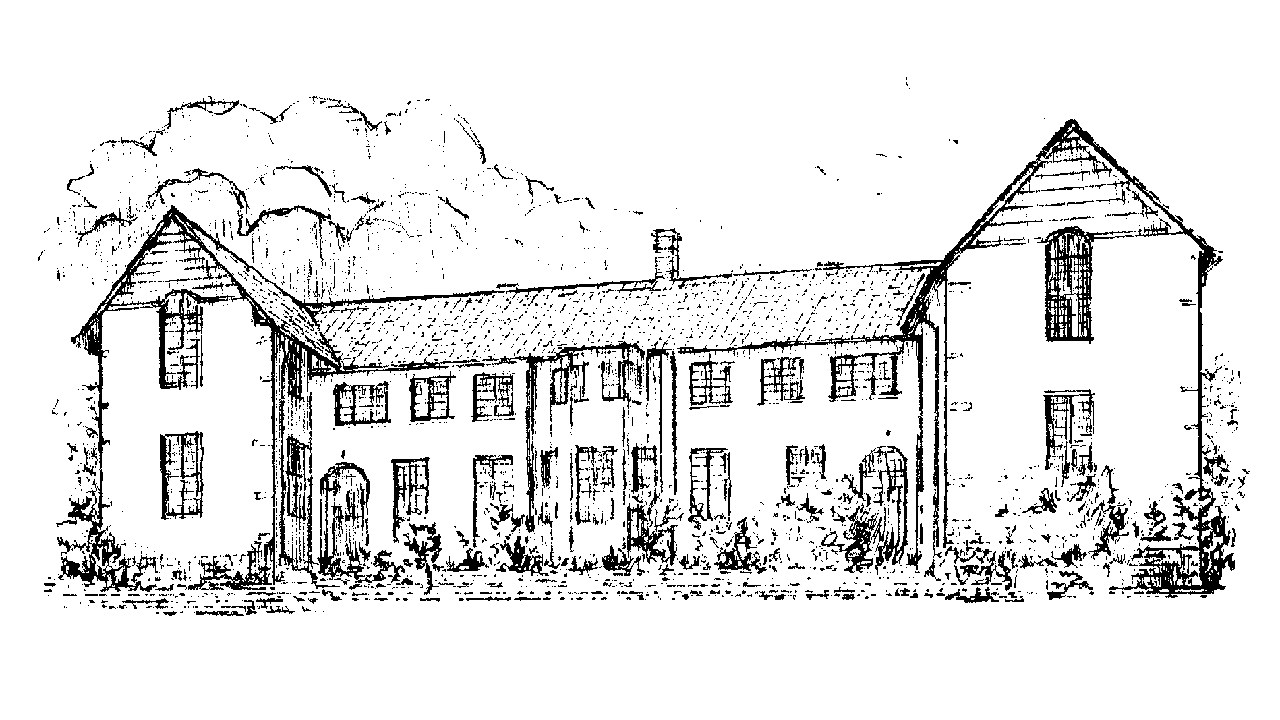 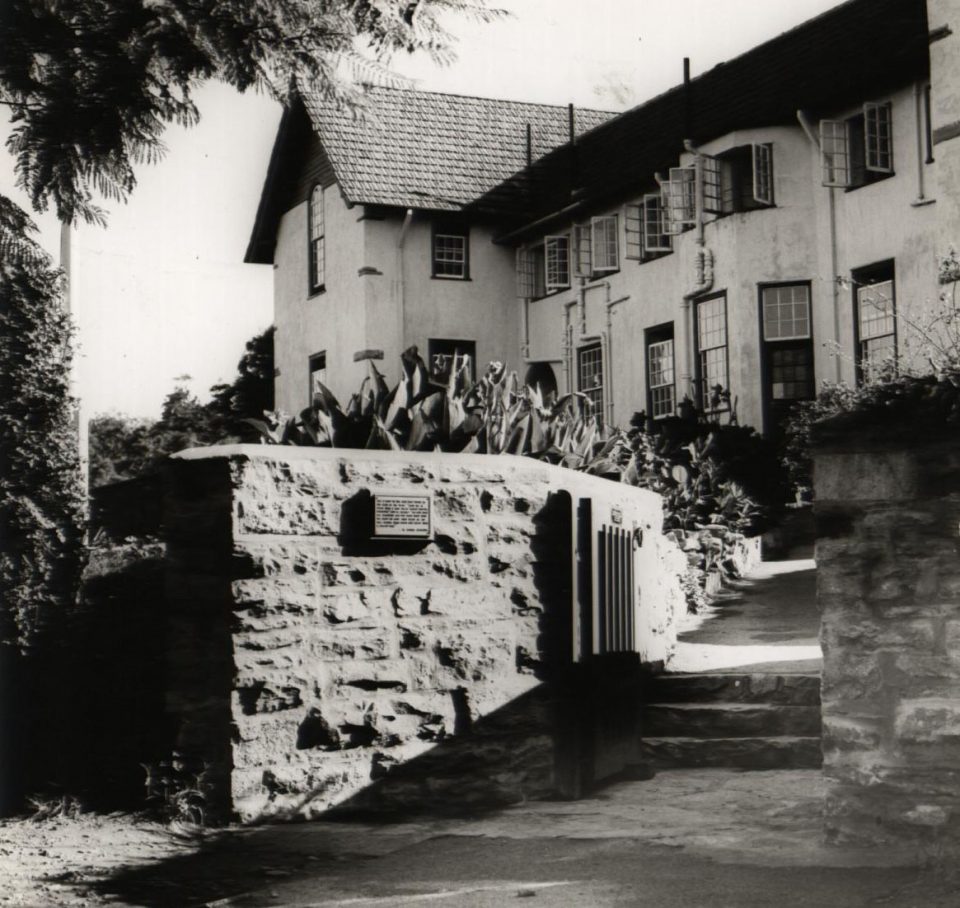