Train Journeys to St Andrew’s College, Grahamstown, in the 1950s 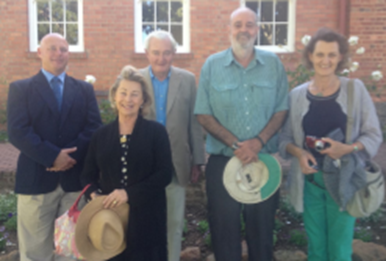 Old Preppies, Edward Coke the 7th Earl of Leicester and his brother John Coke with their wives.  The Coke brothers paid Prep a visit in November 2014 whilst Edward Coke attended his 50th reunion at College.

Recollections by Johnny Coke of travel by him and his elder brother, Eddy, to and from firstly St Andrew’s Prep School and then Mullins House until 1956. Eddy had left St Andrew’s College at the end of 1954 after Matric and having been a prefect in Mullins House.

My brother Eddy and I used to catch the train from Prairie Siding, 4 miles from our farm near Machadodorp, E. Transvaal, at 9.45pm on a Tuesday.   If it had rained and the river was high we were taken to the siding by tractor and trailer, and when out of sight of Mother and Stepfather, Eddy and I took it in turns to drive, and the driver had to sit on the trailer.

Waiting for the train we would stand around the fire with the neighboring farm workers who were waiting to collect the post bags and the empty milk and cream cans.

Our carriage would be uncoupled at Machadodorp and hitched to the Mozambique to Johannesburg train.   We’d arrive in Johannesburg around 8am on Wednesday.

We then took the Johannesburg to Port Elizabeth train via Bloemfontein, and arrived at Alicedale about midday on the Friday.  The catering staff looked after us well, and we were always allowed second helpings.   Our carriages were then hooked up to the Grahamstown train, and we arrived there at about 5 pm on the Friday.   The Alicedale to Grahamstown journey went so slowly that we used to jump off going round bends and run along the side so that the conductor, engine driver, or stoker could not see us, before jumping on again.   The conductor was called Boepie on account of his large stomach.   If you met him in the corridor he’d have to turn sideways so that you could dive underneath his stomach – and if he thought you were going somewhere, or had been somewhere you shouldn’t, you received a clip over the ear and a reprimand.  He was a much loved character, and conducted our train journeys over many years.  There were occasions when the green leather compartment pillows were thrown out of the windows going round the bends, and once at school over the weekend some of the boys would cycle back to find the pillows and get a reward from the station master for finding them.   He soon saw through that ruse.   The best coffee was served on SAR, and the catering staff came round with a trolly in the mornings and woke us up with a cup of coffee.

Holidays would be spent either with my mother on the farm near Machadodorp, or with my father in Southern Rhodesia.   In the pineapple season we’d pick the fruit and make pineapple beer, and loquat beer, and it was stored on the Drill Hall roof at Prep to ferment.   When home time came, one of us would carry a suitcase full of bottles up to the rail siding above Prep (Hill 60) where we would wait for the train with our companions already in the compartment.   The bottles would be stored in the ventilators above the top bunks.   Now and again a bottle would burst, so we’d take a full bottle and pass it round and the contents were imbibed!  We thought we were very grown up having a drink and a smoke at 12 years old!.  We could buy sandwiches at Alicedale station.

On the journey to Southern Rhodesia the dining room staff allowed us one Ginger square each going through Bechuanaland.   Having left Grahamstown on the Tuesday I would arrive at Hartley in Southern Rhodesia on Saturday morning.   I once took a pet crow from school to my Dad.   To keep him quiet in his shoebox as we went through the border and customs at Plumtree, I had to feed him enough mince meat to fill his gullet up to his beak so he couldn’t squawk – the plan had been if he did squawk we were all to walk through going “Kwaak. Kwaak!”  Another boy from Northern Rhodesia bought a black backed jackal pup in Bechuanaland and kept it at school until he was found out half way through term.   I used to buy C to C, Flight, Springbok, Matinee, Star and Tom Tom cigarettes cheaply in Rhodesia, and sell them at a profit to the prefects and boys at school – extra pocket money for those Cornish pasties from the Rendezvous cafe!  The most cigarettes I managed to get to school were 1767!

The boys from Eastern Transvaal and Swaziland left school on a Tuesday night instead of Friday, break up day, so we didn’t have to spend a whole day in Johannesburg, and so we had the benefit of going home with the girls from DSG, VGHS, and the St Aidan’s boys.   We had great fun and laughter playing card games in each other’s compartments, which of course was not allowed.   We had no staff on the train to supervise us – only Boepie the conductor who had his work cut out keeping tabs on us all.   We used to terrorise the staff (Stasie Blompot) on the small stations by pelting them with paper water bombs as the train went by.

Note: After the Coke brothers left College their father, unexpectedly to their contemporaries, became the 6th Earl of Leicester and inherited the immense Holkham Estate in Norfolk. The new Earl chose not to take up his role in running the estate and thus Eddy, with the courtesy title of Viscount Coke, took up the reins very successfully until he in turn became the 7th Earl and thereafter until his untimely death in April 2015. (See www.holkham.co.uk ). Johnny had joined him at Holkham, as The Hon. Wenman John Coke, to run his own farms until his retirement in 2018. Johnny’s wife, Carolyn nee Redler, was raised in South Africa where her grandfather, Daniel Bolton Redler, had been a founder of the Tiger Oats Company, now Tiger Brands. 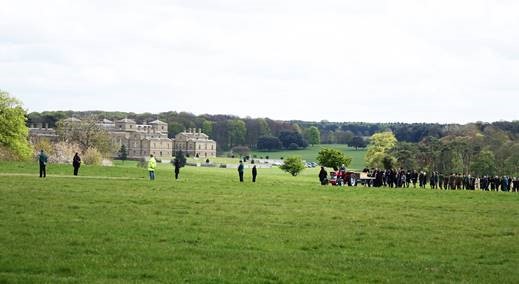 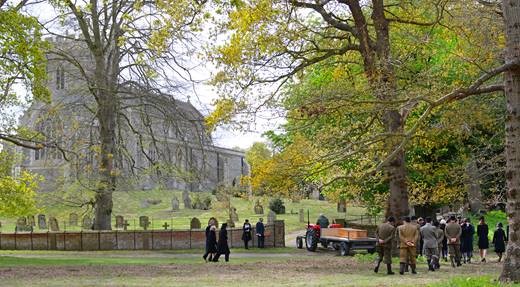