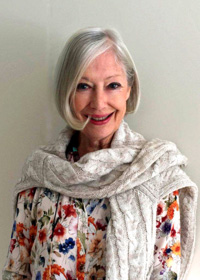 Message to the Old Andreans from OA President 2021

Nec aspera terrent, (difficulties do not dismay) was once famously translated by our former headmaster, David Wylde, as ‘Ons Skrik Vir Niks’!

College has faced many ‘skriks’ in its long history: two world wars, a significant number of smaller ones and many other obstacles to its survival, including epidemics.

In 1918 an unseen enemy entered the gates – the Great Flu, a pandemic which claimed the lives of more people than died in the catastrophic conflict that had just ended. Now, we have another unseen enemy that, despite the advance of science, has challenged the world and every individual in it. Frightening – and truly humbling. It is a potent reminder of our transience and the importance of shared responsibility, especially in a community like Makhanda’s, where the lack of resources makes it incumbent on us to stand unselfishly together.

As expected, the 2020 Andreans and staff lived up to the school’s motto with fortitude. Despite the deep disappointments in the loss of cultural and sporting opportunities and the camaraderie so quintessential to life at College, the heart did not go out of the school.

And what a staunch and loyal heart it has proved to be.

Most importantly, the Headmaster, Alan Thompson, leads the school, its learners, teachers,  and every other member of staff with immense resourcefulness and faith, just as some of his distinguished predecessors did in times of trial. Those who scoff at ‘tradition’, especially in the cynical and dystopian world in which we seem to live, should consider the words of Gustav Mahler:

‘Tradition is not the worship of ashes but the preservation of love.’

That love and the best of tradition have been central to the Andrean ethos and to the school’s survival through 165 years.

There is an old saying in Xhosa – more rhetorical than statement – that is apt in times of uncertainty or sorrow, ‘Izinyanya zakowethu zisifulathela na?’‘ –  have the forefathers turned their backs on us?

The Andrean community, both past and present, have always taken up the challenge in times of trouble. They have not turned their backs.

As always, I believe they never will.

Guy William Holmes Nicolson MC (1895 – 1964) Armstrong 1910 – 1914   Guy Nicolson was a man of incredible humility, intellect and courage. He had the exceptional qualities of being both a talented sportsman and gifted musician.   Whether it was leading an orchestra in the appalling conditions of a prisoner of war camp […]

Old Andrean Tide SATURDAY 21 NOVEMBER 2020 Dear Andrean Community   Old Andrean Tide is one of the most significant events on our annual calendar and, while we are unable to host it on campus this year,we invite you to join us for our very first live-streamed Old Andrean Tide at 09h00 CAT on Saturday […]